"OUTING.-The Ystwyth Lodge of Good Templars had their annual outing on Wednesday afternoon, the Rheidol Falls being visited. The four char-a-bancs which contained the visitors started from Aberystwyth at about two o'clock, and returned at about nine o'clock. Rain fell during the afternoon, but on the whole the weather was fine." CN 25 April 1902

" I.O.G.T. A most pleasant and enjoyable evening was spent at the Progress Hall on Tuesday evening last, when the Excelsior (English-speaking) Lodge of Good Templars held their first periodical coffee supper. A large number of members and friends were present to partake of the good things provided. A miscellaneous programme was gone through as follows: Pianoforte solo, Miss Corfield; solo, Miss U. Lewis; recitation, Mrs. Corfield; duet, Mrs. Corfield and Miss Lewis." WGWWA 26 Sep 1907

Places associated with this person
Ceredigion/Cardiganshire 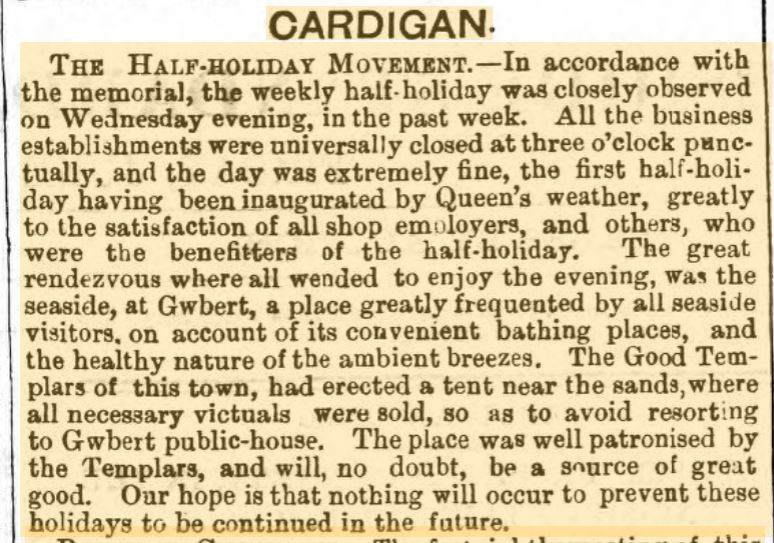