County: Ceredigion
OS Grid Ref: SN679597 = 52.2196299882, -3.93515507842
Type of place: Village
Notes: Tregaron had many public houses, probably because it was a meeting place for drovers, who gathered their cattle and sheep there before taking them on eastwards to England.
1827
To Tregaron, a village of some size having 12 public houses, but this place as well as the town we have left has an air of poverty and misery about it.
Lloyd, Captain, A Diary of Journey from Charring Cross, London, through Wales, by Captain Lloyd, 1827, NLW MS 786, pp. 18-19 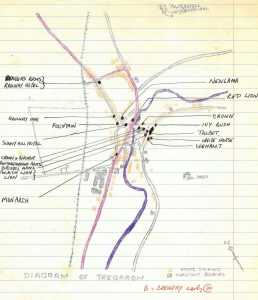 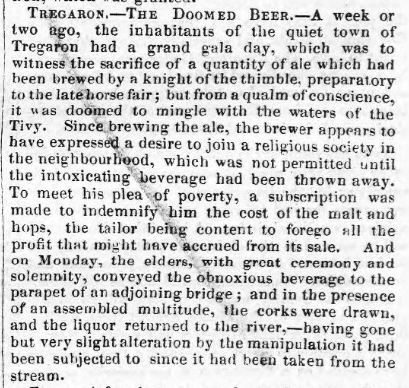 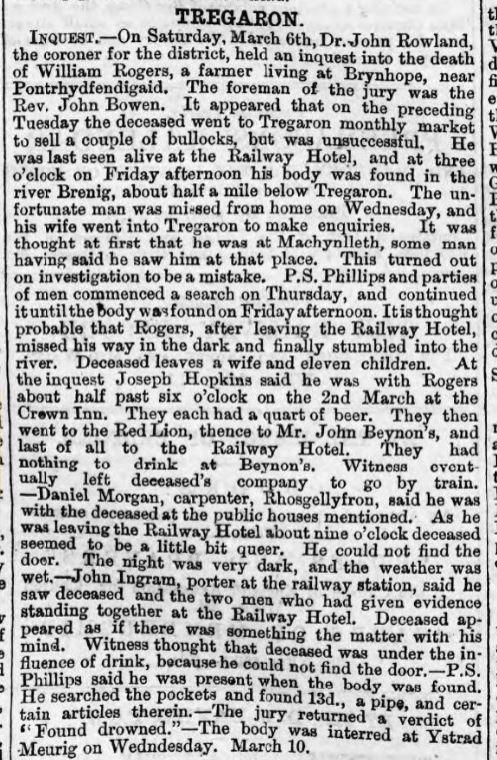