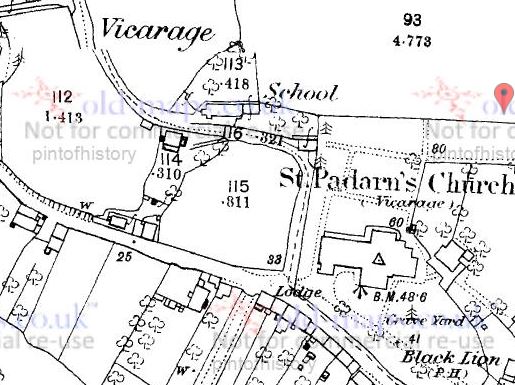 The square in Llanbadarn Fawr, Gogerddan Arms is the white building 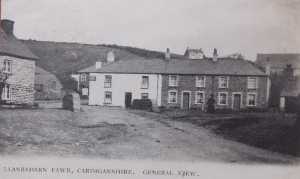 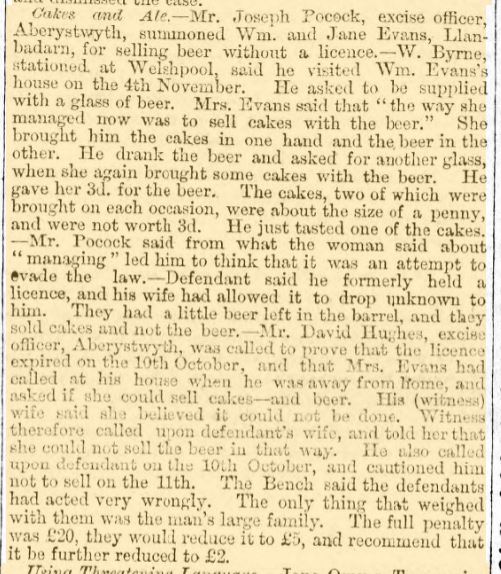