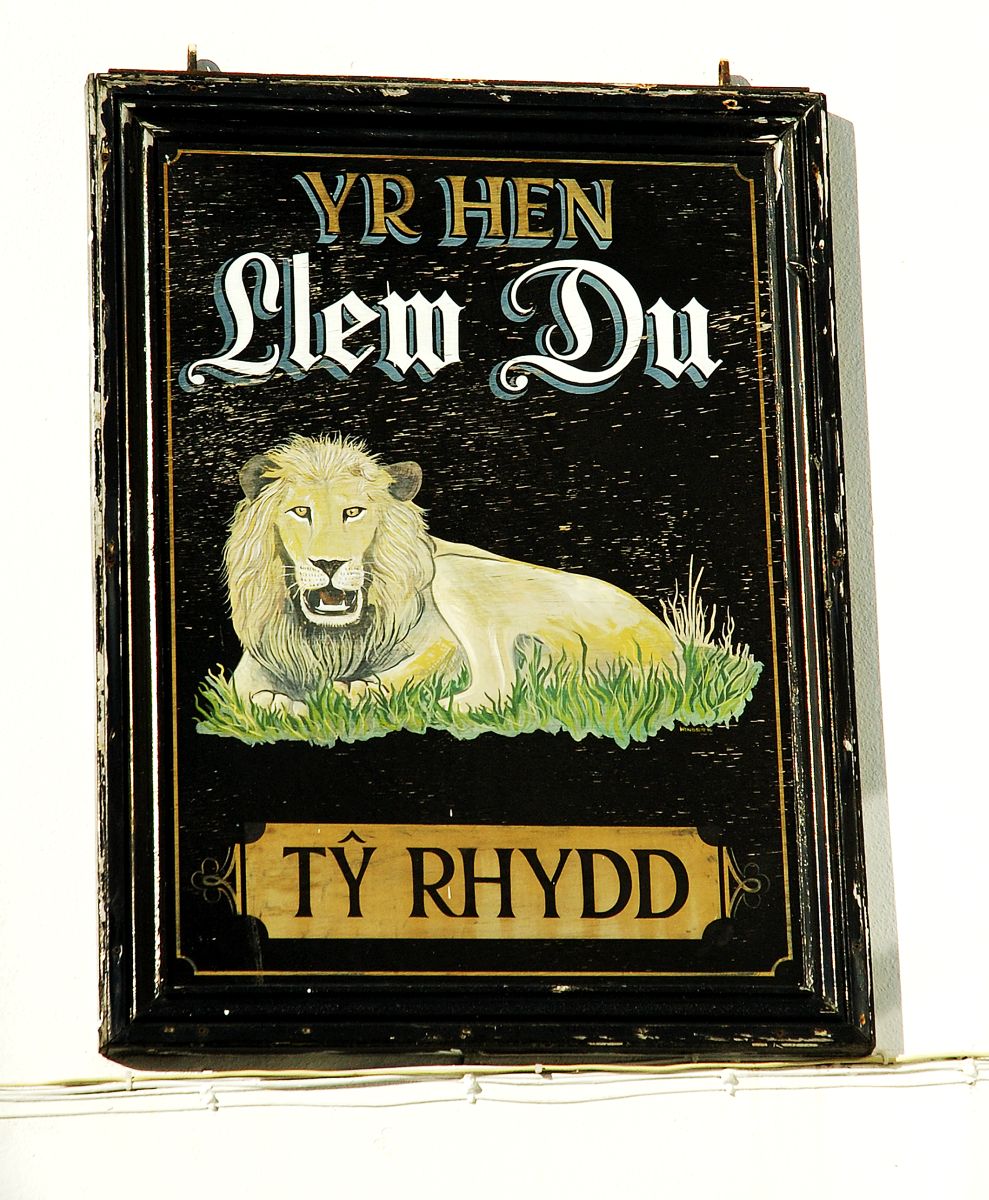 It was also the meeting place of the Union Club Society , established or first registered: 1834
NLW 2844E Sales book of Samuel Williams, p. 220

The Black Lion had stables in Pier Street.

It has been said that towards the end of the 20th century, this pub was open all day, a practice to which the police turned a blind eye.


Notes: 1771
We present the pavement over and against the pine end of the Black Lyon in Bridge Street to be out of order and ought to be repaired.
Aberystwyth Court Leet Presentments, 1771, National Library of Wales, Aberystwyth Borough Records; Evans, G.E., (1901), Aberystwyth and its Court Leet, p. 114
1801
John Lloyd Davies was born in the Old Black Lion in 1801. His father died when he was five but his mother is mentioned in the Aberystwyth guide of 1816 as the keeper of the inn. At 24, Davies became a solicitor at Newcastle Emlyn. He became Cardiganshire High Sheriff in 1845 and in 1855 was elected M.P. for the Cardigan Boroughs seat. He died in 1860.
'Old Black Lion', by Will O' Whispers, Cambrian News, 16/3/1973
1816
Elizabeth Davies, Old Black Lion Inn, Bridge Street, (Aberystwyth Guide, 1816)
1816
Letter from David James of the Skinner's Arms asking the Nanteos estate if he could lease land at the back of the Black Lion stables, Pier Street, to build a stable there.
NLW Nanteos, L891
1822
Elizabeth Davies, Old Black Lion, Bridge Street
Pigot’s directory, 1822
1823, 1825
licensee: Elizabeth Davies
St Michaels Vestry Rate lists, Ceredigion Archives, CPR/ASTM/123-128
1826
For sale by auction.
The Cambrian (Newspaper) : 26.8.1826
1826
licensee: Micia / Meciah Warrington
St Michaels Vestry Rate lists, Ceredigion Archives, CPR/ASTM/123-128
1826
I had very good accommodation at the Black Lion and clean beds without vermin.
Masleni, Thomas John, Sketch of a Tour of Scenery in Wales, 1826, NLW Mss 65a, p. 99
1830
licensee: Eleanor Warrington,
source: Pigot and Co, 1830
1835
Landlord: Henry Davies
Pigot’s directory, 1835
1837
On the list of premises which were provided with water by the Aberystwyth Improvement Commissioners, 1837. Occupier / Landlord: David Lewis, 51 Bridge Street (Ceredigion Archives)
1840
licensee: John Evans,
source: Robson's trade directory 1840
1844
licensee: John Evans,
source: Pigot and Co., 1844

1860
"PRIODASAU. Mehefin 19eg, yn eglwys Llanbadarnfawr,.Mr. John Matthias, grocer, â Miss Jane Davies, Old Black Lion, y ddau o Aberystwyth." Baner 27 June 1860
1861
Old Black Lion, 51 Bridge Street
Richard Davies, head, age 46, born in Aberystwyth, victualler.
Census, 1861
1865
'A SAILOR named Morgan Davies, a native of New Quay, and whose vessel has recently arrived at Liverpool, was proceeding towards his home, in a state of ill health, when on reaching this town on the afternoon of Thursday week, he found himself unable to proceed further, and was compelled to put up at the Old Black Lion Inn, Bridge-street. His state was such that it was thought advisable to call in Dr. James and Dr. Gilbertson, but the medical gentlemen state that they found the poor fellow in a dying condition. Under their treatment he revived for a short time; but again sunk and expired on Friday night. It is supposed that he was suffering from some organic disease. The body of the deceased was removed to New Quay on Saturday. He was a young man apparently not twenty years of age, and was unmarried.
Aberystwyth Observer 15/4/1865
1865
FREEHOLD & LEASEHOLD PROPERTY IN THREE LOTS, NAMELY: — Lot 1. All that old-established and well accustomed Freehold Inn with the extensive yard and premises behind the same, called or known by the name of OLD BLACK LION, situate in Bridge-street, Aberystwyth, now in the occupation of Mr. Richard Davies as yearly tenant.
Aberystwyth Observer 18/11/1865

1866
The license of the Old Black Lion, in Bridge Street, was transferred to the names of Ann Jones and Margaret Thomas
AO 23 Nov 1866

1877
"Margaret Thomas, Old Black Lion, Bridge-street, was charged with supplying beer in a measure not stamped. David Owens proved the case. The defendant said she sold the beer in a properly-stamped measure, and only gave it to the man to drink in a jug. Find Is., and costs 7s. 6d" CN 9 Feb 1877 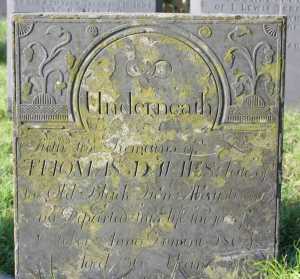 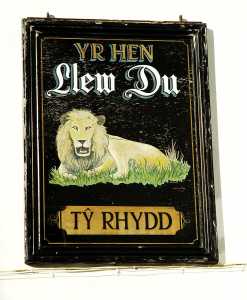 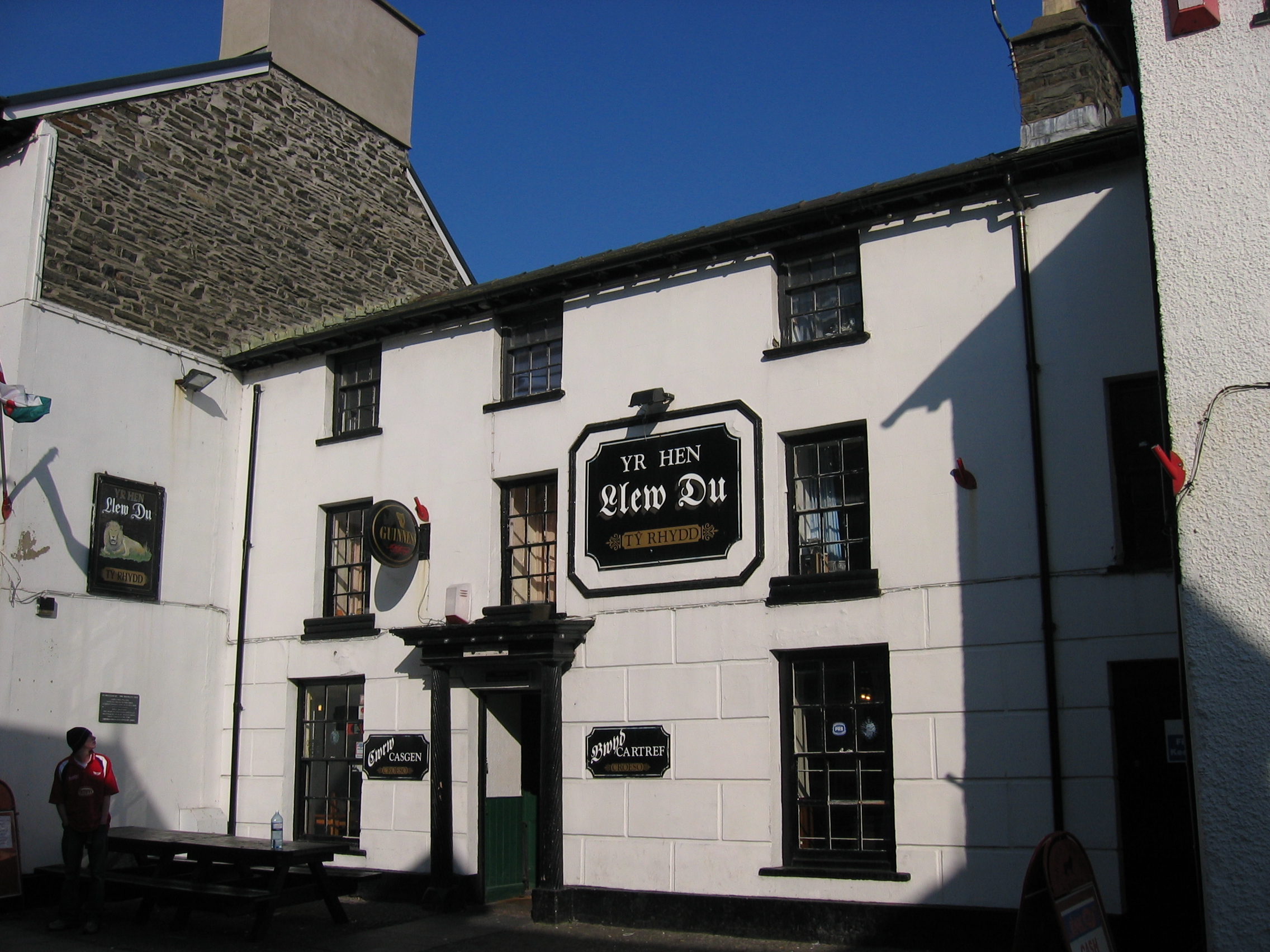 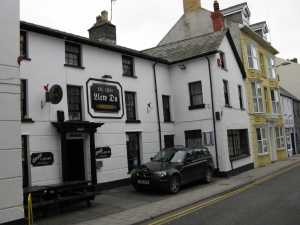 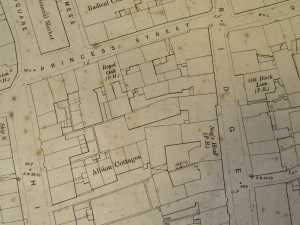 Pedlar convicted for stealing from the Old Black Lion 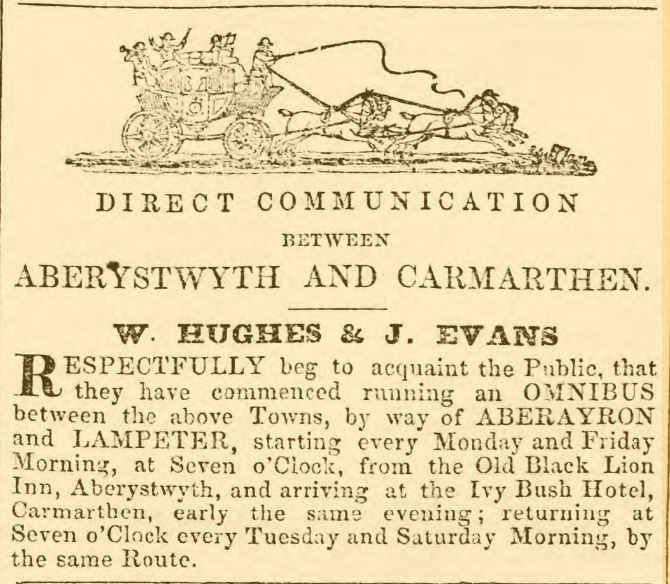