Other names:
Address/Location:
OS Grid Ref:
Opened: c.
Closed: NOT KNOWN       Type: Beerhouse
Summary: Could this be the Kings Head? - Don't think so - there are a lot of references to it.

1875 ref implies it's on the West of the river and bridge - which is roughly where the roundabout now is. (Pwllhobi is towards Glanyrafon)

1891 Census suggests it's at one end of Padarn Terrace, probably the village end. Shown on 1888 OS

1874
"TRANSFER OF LICENSE, The license of the King's Arms, Llanbadarn, was transferred from Peter Morgan to Ann Edwards" AO 28 Feb 1874

1875
"P.C. Evan Evans stated that at about four o'clock in the afternoon he saw the defendant, with two other persons, standing at the door of the King's Arms public-house. They left that place, and proceeded across the bridge towards Pwllhobi, He awaited their return, and within a short time the defendant and another man made their appearance. He followed them, aud on reaching the big stone in the centre of the village, he saw James coming out at the back of the Black Lion Inn." AO 1st May 1875 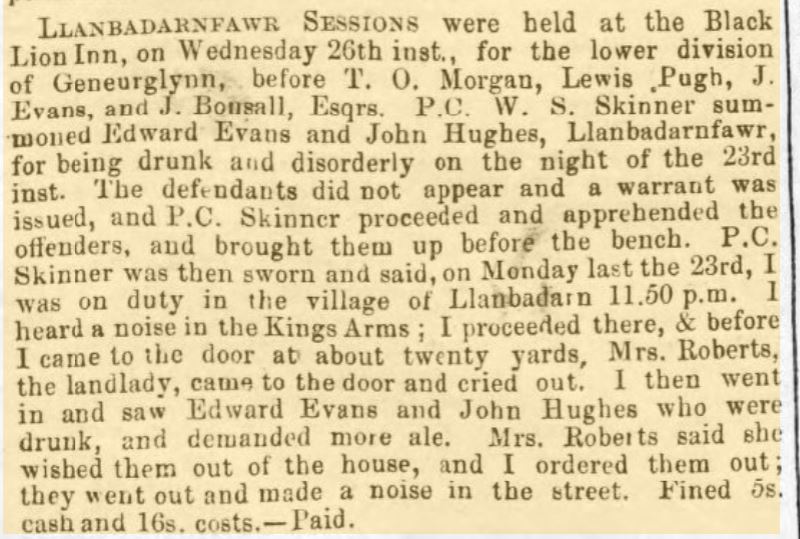 Fight in the Kings Arms 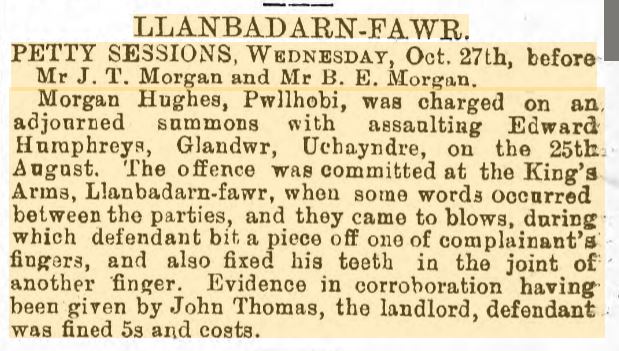