1879
"Evan Isaac Evans, Llanina Arms, Llanarth, was charged by P.C. Price (6) with selling intoxicating liquors during prohibited hours on Christmas Day last. Fined £5 and costs.Mr. John Thomson, Mr. K. Jones, and Mr. Daniel Evans were charged with being on the said premises on the said day. Fined 5s. each, and costs." CN 17 Jan 1879
1904 and 1888
Marked as Llanina Arms
(6 inch map, revised 1904, published 1906)
1905
Petty Sessions: Aberaeron; number on list: 31; name of premises: Llanina Arms; Parish / Place: Llanarth; Licensee: Thomas, Daniel; owner or tenant : tenant; registered owner : C.A. Longcroft, Llanina, New Quay; free or tied: Free; tied to: [blank]; type of licence: full; on or off licence: on; number of licenced days per week: 6. (1905 list)
1938
Additions to Llanina Arms Hotel, Llanarth
Ceredigion Archives, CDC/HI/4
1948
Copies of a series of letters dated 2 September 1948, including one to Capt. Davies, Llanina Hotel, Llanarth, Cards, from the Vale of Clettwr Hunt, as follows; ‘I was asked at the last Meeting of the Vale of Clettwr Hunt to write to you with reference to the collecting book in your possession, and I shall be obliged if you will now return this to me with any money you have to hand.’
Ceredigion Archives VC/1/37 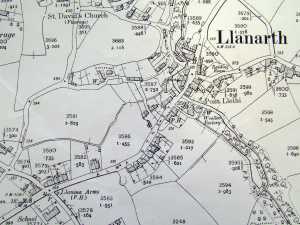 Postcard of the Hotel 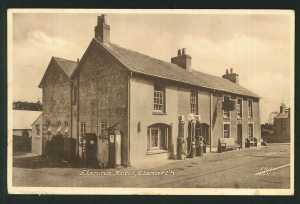