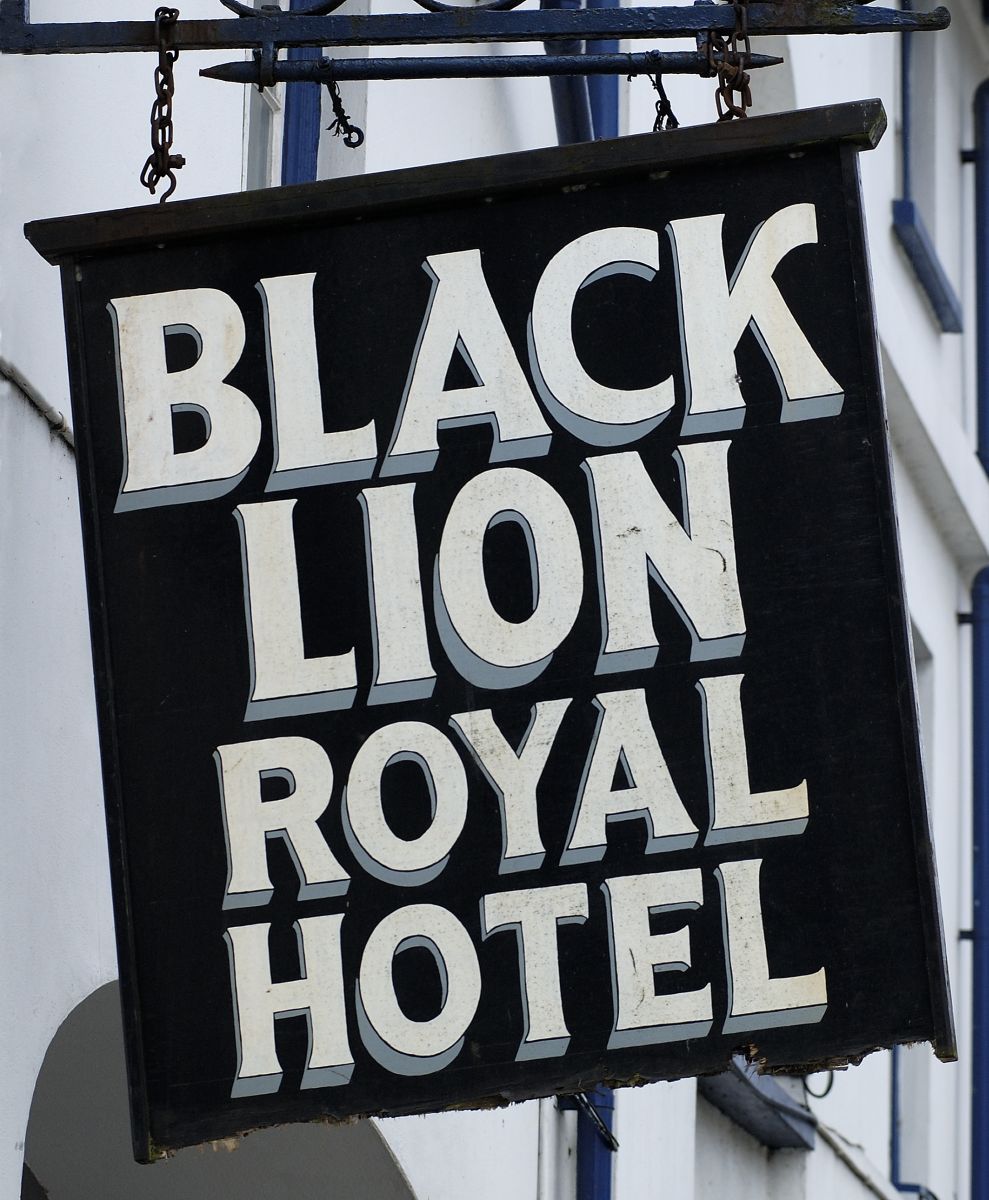 Other names: Black Lion Royal Hotel; Y Llew Du
Address/Location: High Street
OS Grid Ref: SN5761848093
Opened: c. 1700
Closed: open 2017       Type: Hotel
Summary: 1700
The Black Lion is believed to have been built about this time but there is no mention of the name of BLACK LION until about 1764 according to George Eyre Evans ('Lampeter', 1905)
Black Lion Fields
2 fields known as ‘Cae Dimau’ and ‘Cae Pedoli’
Cae Dimau - possibly used by Drovers overnight, or more likely by farmers and people coming into Lampeter on market days, and paying a fee for leaving their horses here.
Cae Pedoli (Horseshoes field)– linked with above: horses would need shoeing, and as there was a blacksmith nearby, horses might be kept here waiting their turn. A blacksmith was also employed by the Black Lion Hotel.
Coaches arriving daily would need their horses changed, and new horseshoes made for the horses
1877
The 1st Lampeter Agricultural Show is thought to have been held on a field to the rear of the Black Lion Hotel in October 1877
1914
Galloping and Trotting races held on The Black Lion Field ( report in The Cambrian News 20th March 1914)

2017 August Brains Brewery announce the Black Lion is to close. 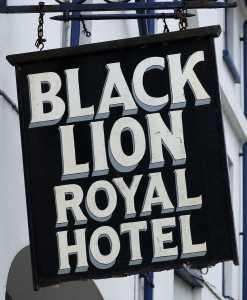 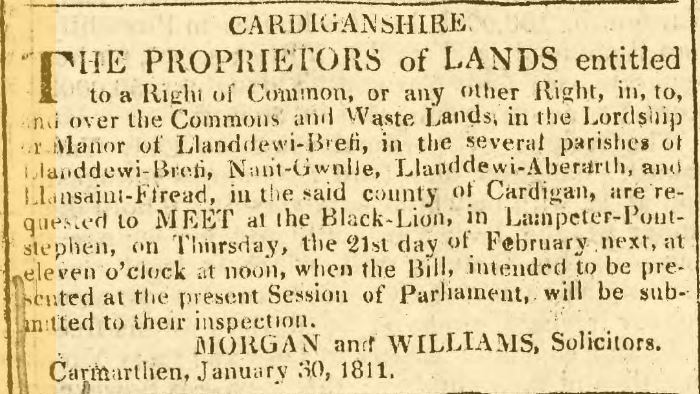 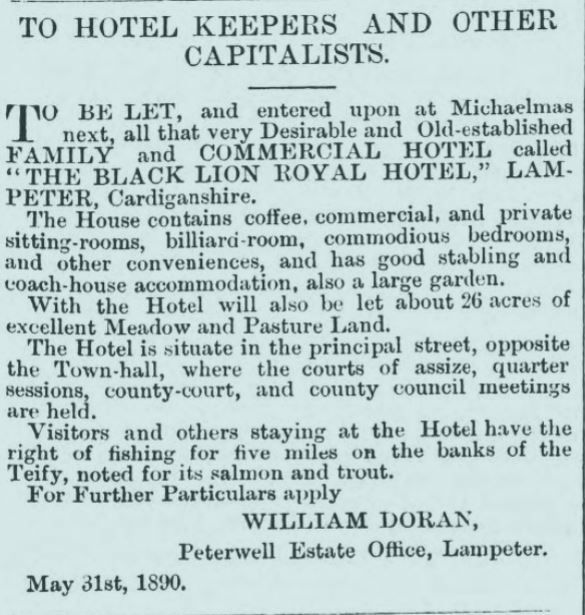 Owner of Black Lion in debt 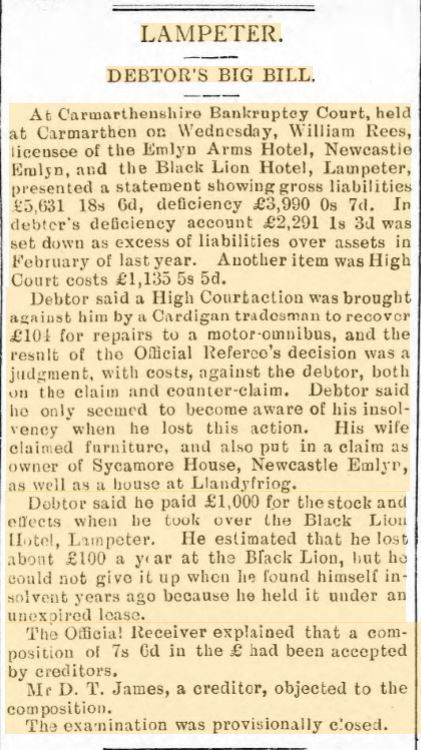 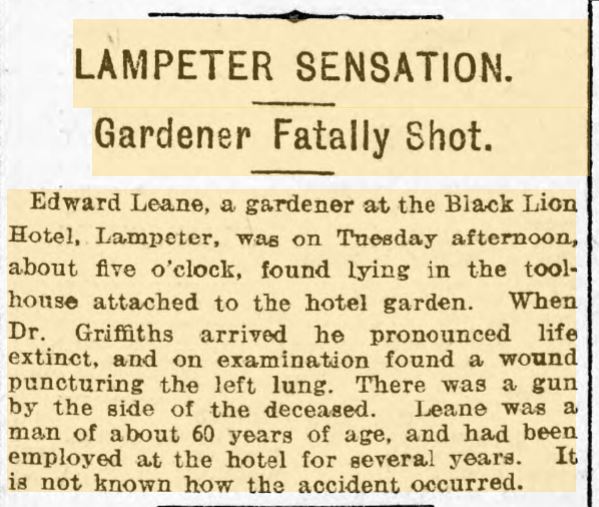 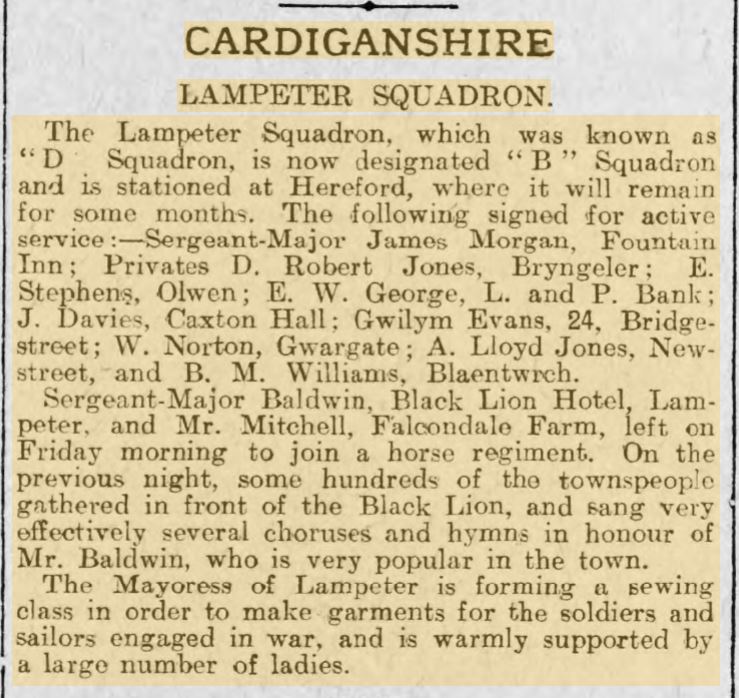 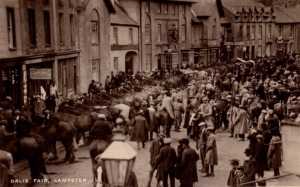