1878
Marriage of Miss Bonsall and Col. Lloyd Phillips "On Friday (yesterday) a dinner was provided for about fifty of the poor of the neighbourhood, when. Mrs Williams, of the Tynllidiart Arms, catered in a manner that did her great credit. " AO 24 Aug 1878

1896
Mrs. Harvey, of the Dyffryn Castell Hotel, applied for a transfer of the licence of the Maesbangor Arms from Mr. Abraham Owen to herself; CN 1 Jan 1896 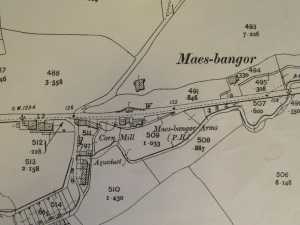 Acquitted for open after hours 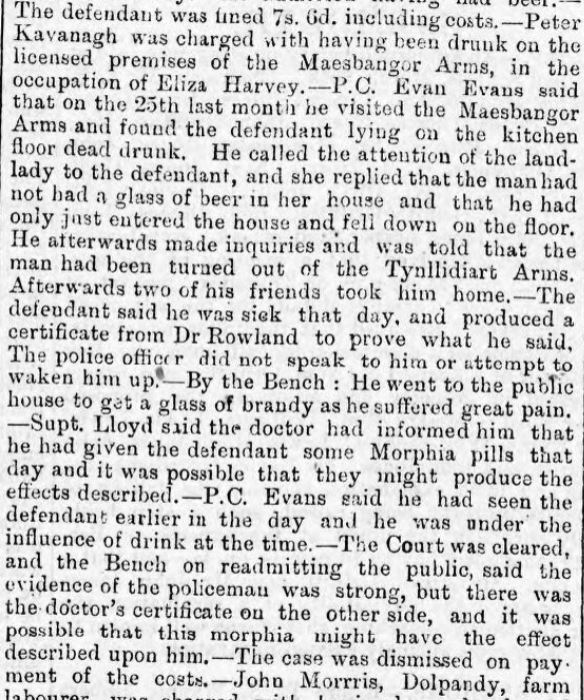