1900
"EXTENSION OF TIME. David Evans, of the Druid Inn, and Wm. Jones, of the Miners' Arms, both of Goginan, applied for an hour's extension on Christmas Day, when an eisteddfod will be held at the place. Granted. " AO 6 Dec 1900 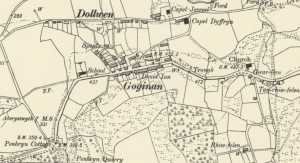 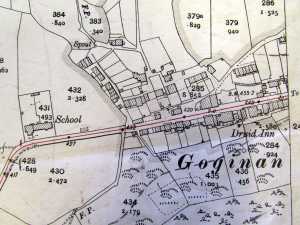 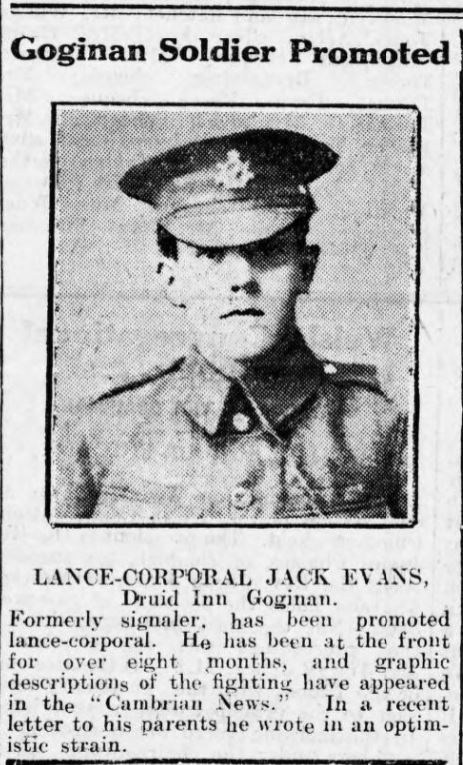 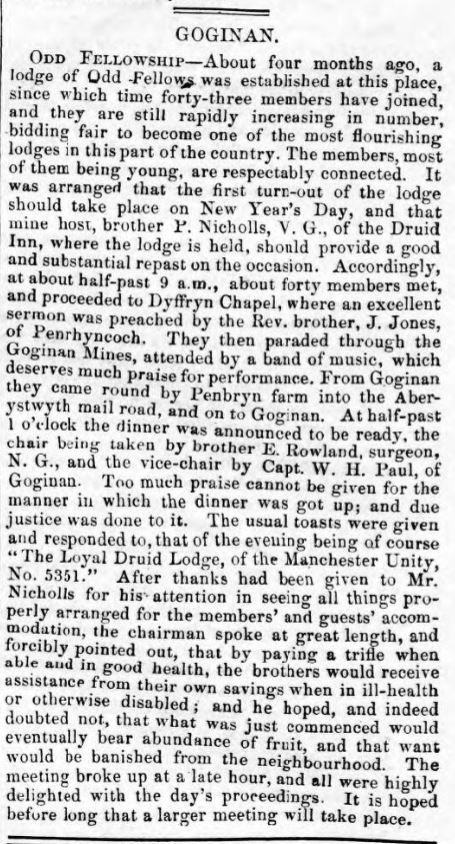 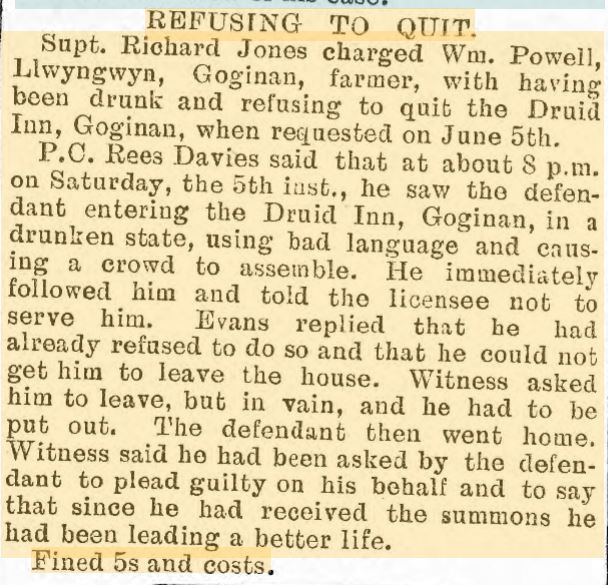 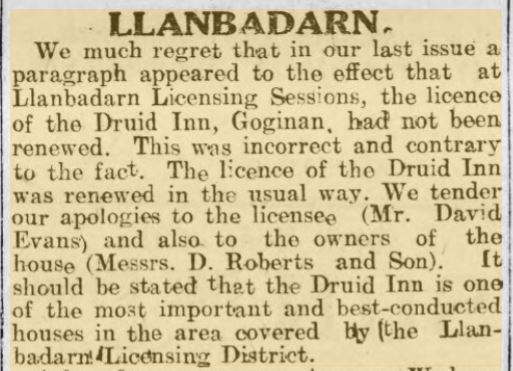 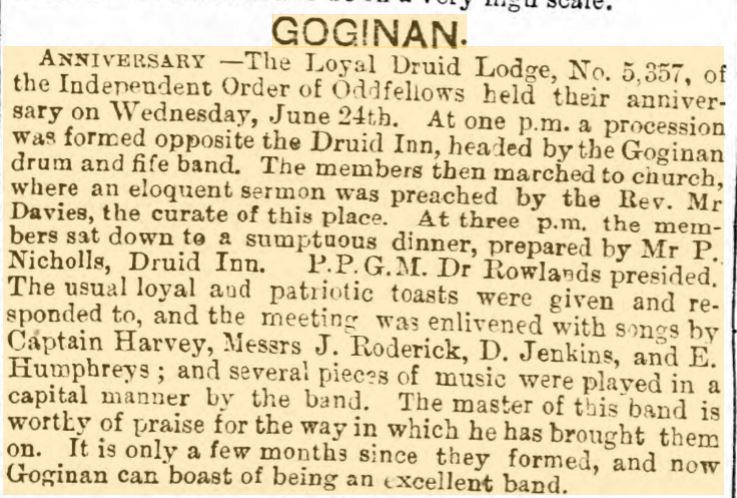 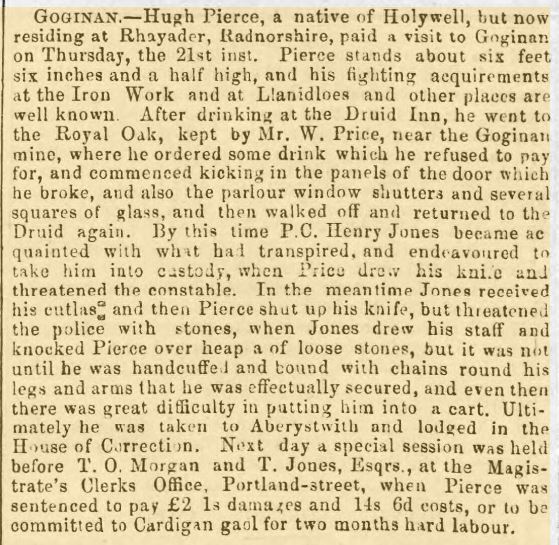