Downie lived a few doors away from the Vaults, at the house on the corner of Eastgate and Pier Street, partly occupied by St David's club.
When the building was damaged by fire in 1915, there was a sale of a stock of wines salvaged from both premises. 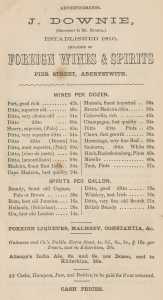 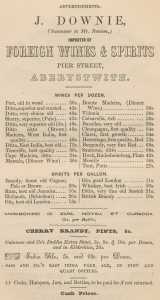