There seems to be a building on the same site on the Tithe map 1844, but no use is mentioned.

1897
" In this division there are eleven licensed houses - four for seven days and seven for six days -all of which had been fairly well conducted, with the exception of the Ship Inn, Aberporth. The renewal of the licence of this house was objected to by the police, on the ground that the landlord and landlady were of intemperate habits. As no conviction had been recorded against the house the licence was renewed. " S Wales Daily News 17 Sept 1897

"APPLICATION FOR TEMPORARY TRANSFER OF LICENSE. -Mr J L Stokes appeared on behalf of Mrs Anne Thomas, Plas, Aberporth, and applied for a temporary transfer of the license of the Ship Inn, Aberporth, from Benjamin Peregrine to her own name. Deputy Chief Constable Williams did not object, but said it was a most unusual application to make for a license for a married woman whose husband was living with her. After long discussion, the license was granted, " WGWWA 11 Dec 1902
1905
Petty Sessions: Lower Troedyraur; number on list: 9; name of premises: Ship Inn; Parish / Place: Aberporth; Licensee: Thomas, Anne; owner or tenant : tenant; registered owner : Dr Mitchell, Cardigan; free or tied: Free; tied to: [blank]; type of licence: full; on or off licence: on; number of licenced days per week: 6. (1905 list) 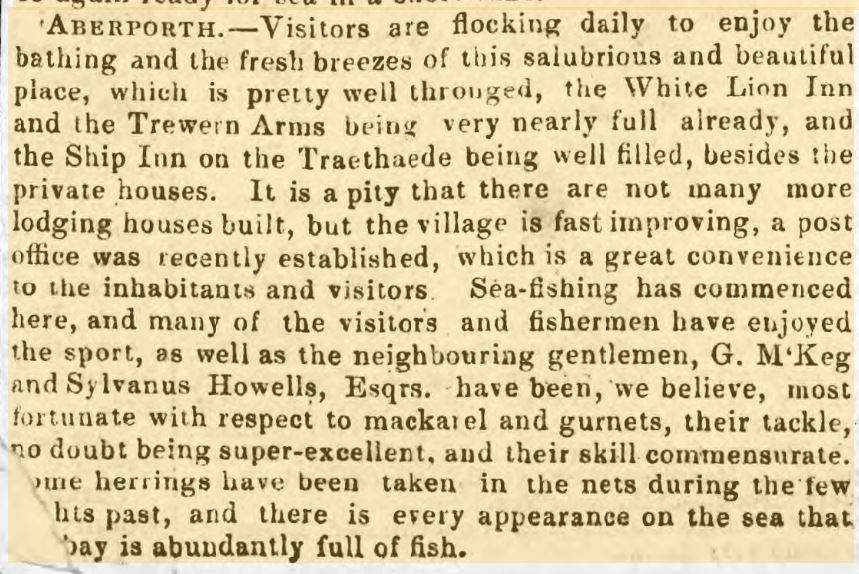 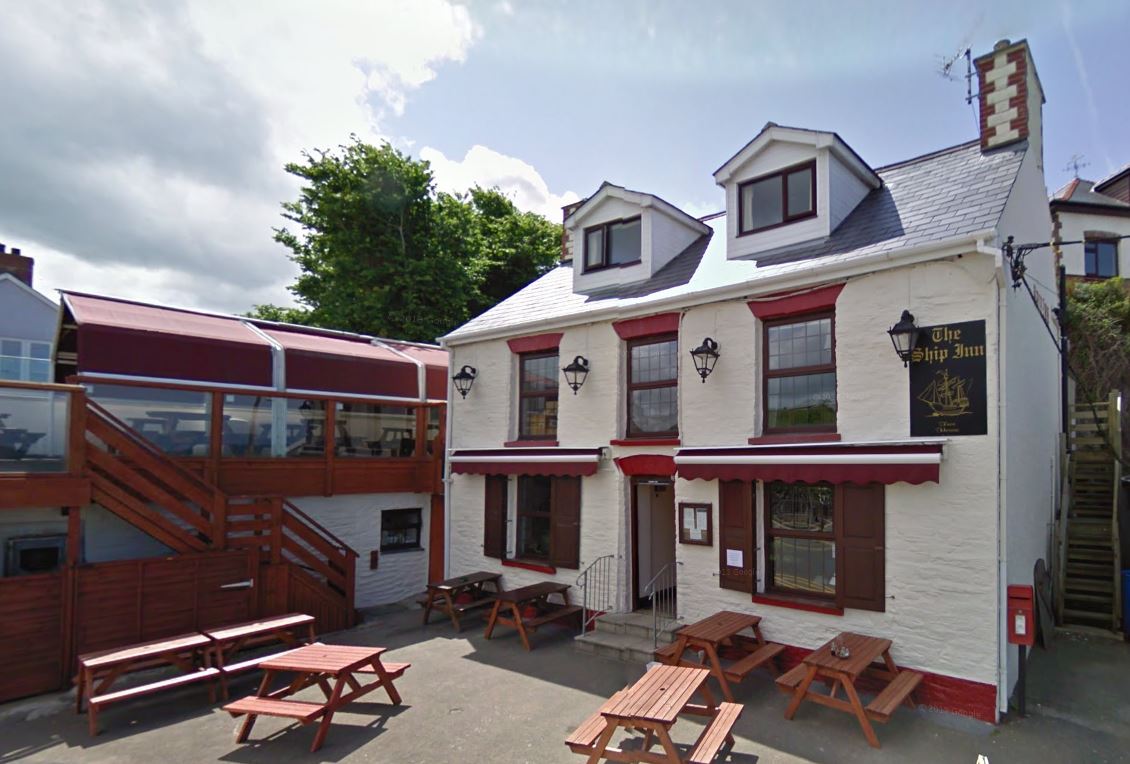 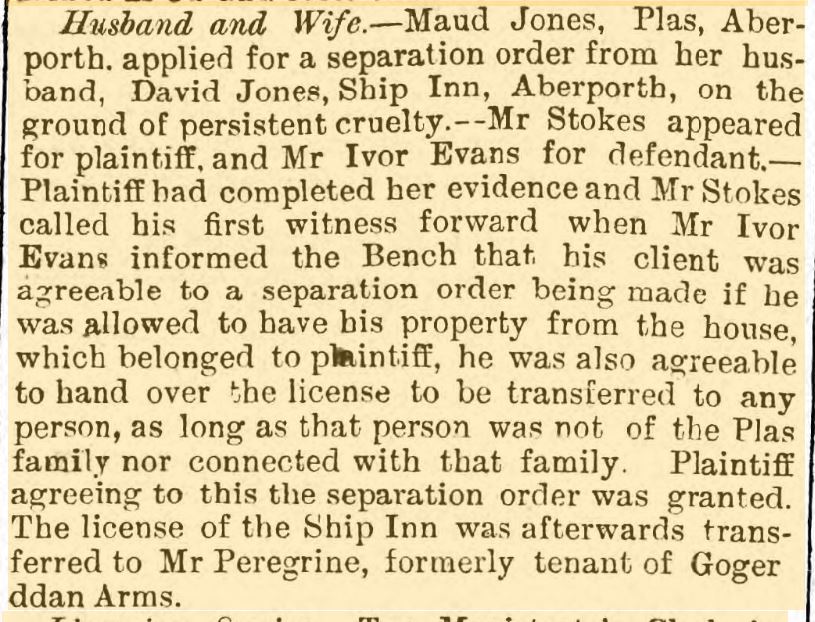 Verses on the marriage of Miss Margaret Owen 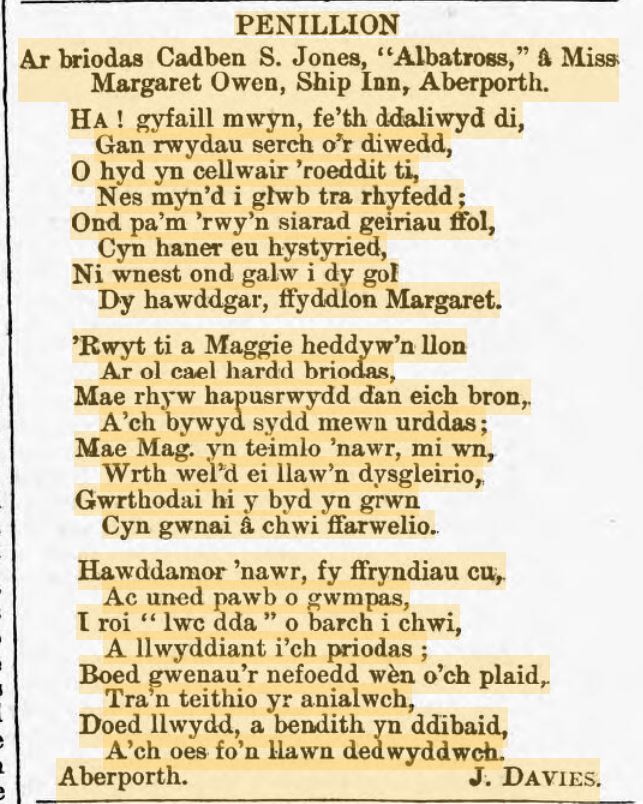 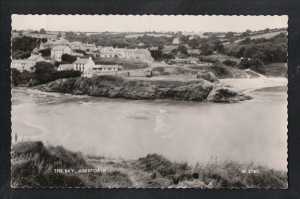 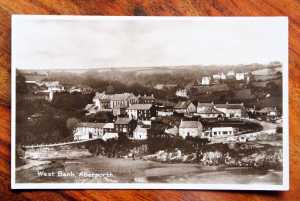 Selling spirits without a licence 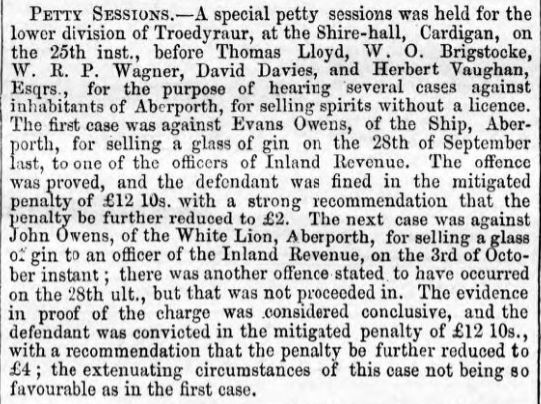 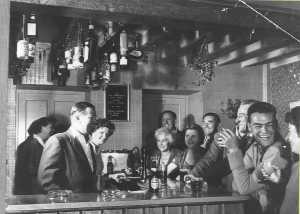 The Ship as a hospital 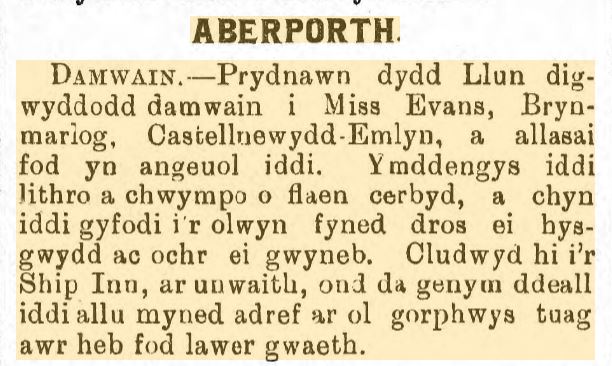 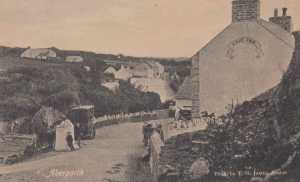 The front of the Ship Hotel, Aberporth, with owners? 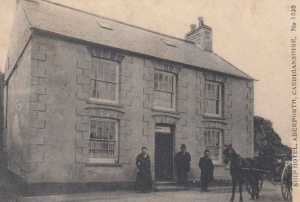