"Nuisance: Elizabeth Jones, sworn. Witness' kitchen adjoins the dust pit of Thomas Beyston, and the stench comes through the wall. Defendant's pig-stye is also adjoining, the smell from which is unbearable. Defendant ordered to remove the nuisance. " AO 9 Sept 1865

"Susan Beyston, of Goginan, to be transferred to the Union [workhouse]." a relative?

"PLASCRUG BRICK YARD, ABERYSTWYTH. '"THOMAS BEYSTON begs to inform the public that he has commenced selling his BRICKS, which may be had in any quantity. " AO 23 June 1866

"PIG NUISANCE. Thomas Beyston, of Mill-street, was summoned. Sergeant Thomas, sworn Complaints had been made to witness by the neighbours of the defendant of his keeping a pig on his premises without any proper provision or accommodation for it. There was no stye, and the smell was very bad. David James, (tenant of the defendant,) sworn Corroborated the evidence of the inspector of nuisances. The defendant said he was willing to give up the pig if others were made to do the same. These proceedings were taken against him through motives of malice on the part of the complainant James, whom he had been obliged to put in the County Court to recover his money. Order made that the nuisance be removed within 24 hours." AO 2 May 1868

"Refusing to Pay Poor Rates. --Thomas Beyston, of the Cross Foxes Inn, Mill-street, and Henry Morgan, of the Dinas Hotel, Penparkau-road, were summoned for refusing to pay poor rates due in respect of the premises they occupied, Mr Richard Samuel, the collector, proved the fate to have been due, and that he had made repeated demands for it. The defendants were respectively ordered to pay forthwith; in default a warrant to issue." CN 1 Oct 1870

"Lot 25.-A Leasehold Ground Rent of 7l. 0s. 0d. on inn in Mill-Street, occupied by Mrs Hebert, and Three Houses in George-street, occupied by Mr Cornelius Roberts, Mr Whateley, and Capt. Williams, the property of representatives of the late Mr Beyston" AO 21 June 1873

"Thos. Beyston was charged with being drunk and disorderly 'on the 24th December at Aberystwyth. Sergt. Evans in giving evidence said that about quarter-past eleven on Christmas evening lie saw defendant in Great-darkgate-street, very drunk and behaving in a disorderly manner. The Bench considered the charge proved, and defendant was fined 2s. 6d. and costs." CN 31 Dec 1880 (the son)

"Mary Beyston, Mill-street, was also charged with having light and unstamped weights in her possession. Supt. Lloyd said he visited Mrs Beyston's shop and found the 1lb. produced which was 5 drachms short, and 1/2 oz. and 1/4 oz. weights unstamped. Mrs Beyston was fined 5s. for the first and 2s. 6d. for the second offence" CN 1 June 1883

Places associated with this person
Aberystwyth/ 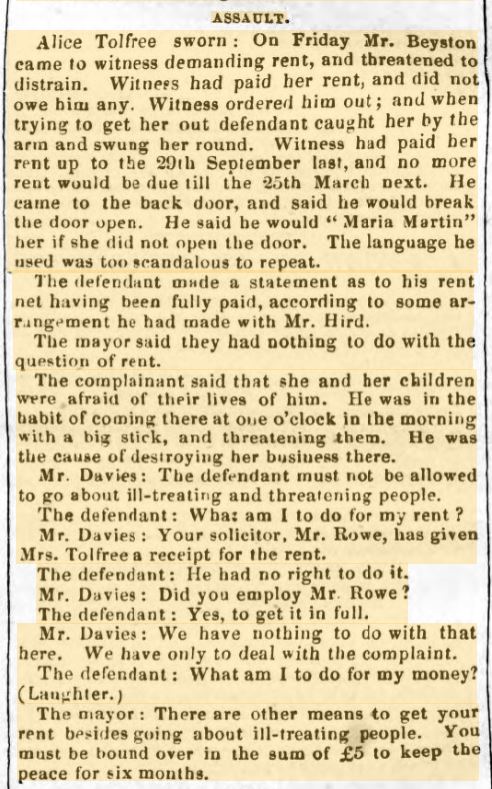 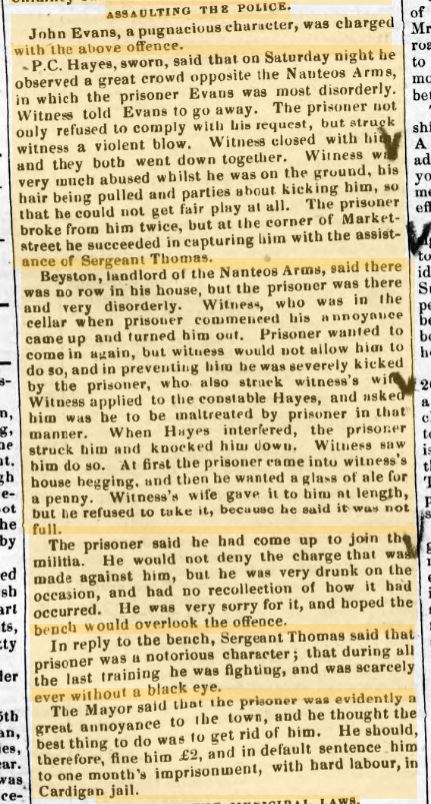 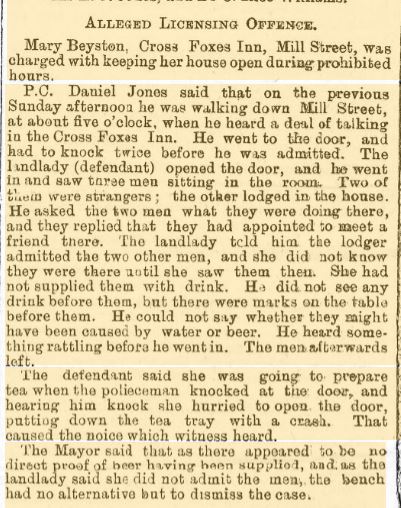 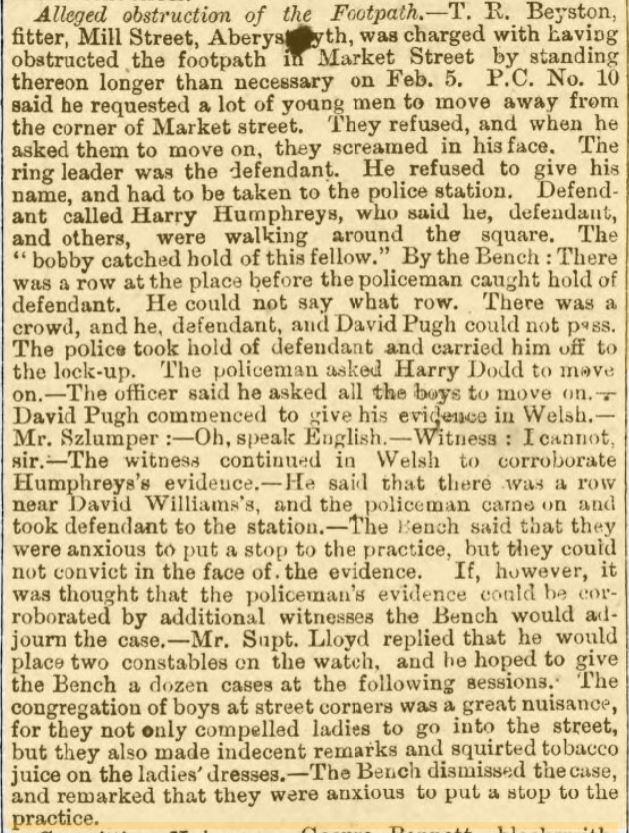